SAVE 5% NOW
BECOME A DEALER 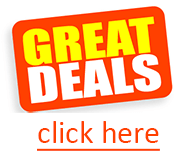 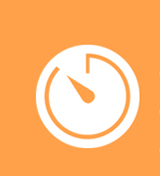 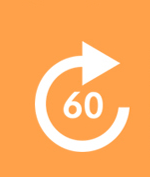 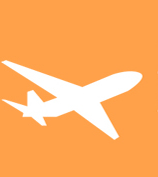 HDMI switchers can be a dime a dozen if one is not careful and research has not been done. It is very easy to end up with a low end HDMI switcher that may not be the right part for your application if low price is your criteria. Searching for the right HDMI Switch requires knowing the number of inputs and outputs, HDMI version of the devices you are working with, distance of your cable run and making sure the switcher you are selecting has HDCP pass through. These are just a few important things the installer must know or have discussed with their client.

Let’s strip it down bare to the bones and start with HDMI. HDMI stands for High-Definition Multimedia Interface. Bottom line, HDMI is digital and has replaced analog video standards such as VGA, component, S-video and composite. There have been several revisions of HDMI since it was released. HDMI version 1.3 was released in 2006 and increased bandwidth and supports deep color. The latest version, HDMI 1.4 supports 3D, Ethernet data, improved audio video capacity, and 4K resolution aka Ultra HD. HDMI version 2.0 was released September 2013 and can do anything HDMI 1.4 can do plus 4K at 60fps, 2020 color space, 32 channel audio and a bunch of other cool stuff. Why is all this important? Because if you own a Blu Ray player and a LCD screen that supports 4K and purchase a HDMI switcher that only supports HDMI 1.3, the money spent buying 4K devices are wasted since HDMI 1.3 does not output 4K.

When talking about HDMI, it’s also necessary to discuss HDCP for they come hand in hand. High-Bandwidth Digital Content Protection (HDCP) is a copy protection protocol that eliminates the chance of intercepting digital data between the source and display. In other words, if your Blu Ray player and LCD screen support and comply with HDCP and you place a HDMI switch that does not comply with HDCP between the two devices, chances you’ll be able to view the high resolution digital content on your LCD screen is slim to none.

So, we’ve covered HDMI and HDCP, but what about the HDMI switch? Let’s use a HDTV with one HDMI input for example. If you own a PS3, Direct TV set top box and a Blu-Ray player; you’ve got a problem since your HDTV has only one HDMI port. To solve this issue, use a simple 3x1 HDMI switcher. HDMI matrix switchers are another type and can either be fixed I/O’s or modular which can be customized. Seamless HDMI switchers are high performance, offer true seamless switching and in some cases offer a PIP (picture in picture) feature.
Many HDMI switchers are made to simply switch from one source to another; however some switchers are more advanced than others. Modern HDMI switchers currently have built in scalers to assure compatibility with sources and displays that have different output resolutions. In addition, EDID management is also an added feature present-day switchers utilize to help communicate with the display they are connected to. Controlling these advanced devices is simplified through IR, IP, RS232 or a user friendly front panel buttons.

BZB Express has partnered with the best of the best when it comes to HDMI Switchers. Atlona, Gefen, Kramer, Purelink, Matrox Video, Hall Research, Avenview, TVOne/Magenta are a few of our HDMI switcher suppliers and they have the very best warranties in the AV market. Please contact any of our knowledgeable representatives for any questions regarding choosing the right HDMI switcher for your application.

How AV over IP Is Revolutionizing Modern Audiovisual Systems
Can't subscribe you right now. Try later
Thank you for subscribing to the newsletter!
BECOME A DEALER
Follow us